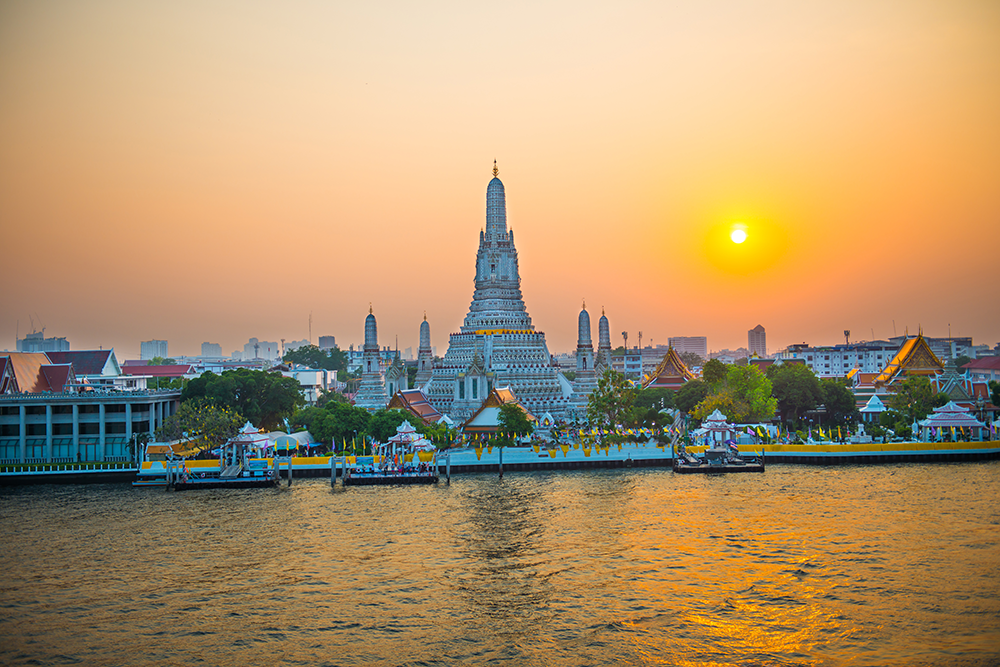 The last two years have challenged all of us with the shock of COVID still vibrating through the investment landscape. Global debt rose by $24 trillion in 2020 and is expected to exceed $360 trillion by 2030 and on a more local scale, things are not looking much better for the Southeast Asia region. Of particular note is Thailand, a country that relies heavily on tourism, a sector that came to a complete standstill as a result of the pandemic.

There are challenges on every front for Thailand in 2022, with the country heading into the third year of economic decline following a 6% decline in GDP last year. Public debt, meanwhile, currently sits at around 58.8% of GDP with household debt now at around $430 billion (or 89.3% of GDP). But first, let’s look at how we got here.

If you’re after an all-in-one debt management software solution that supports the entire debt lifecycle, the EXUS Financial Suite is what you’ve been looking for.

How did we get here?

Economic recessions usually go hand-in-hand with unemployment and while the official unemployment rate in Thailand is only around 2.25%, it’s believed there are millions of informal workers out of work as a result of the pandemic that hasn’t been factored into those figures.

In addition, the challenges that all countries around the world faced due to the pandemic, for instance setting up and applying for a mass vaccination program, had also an impact on tourism and hence on the economy.

There have been a few economic bright spots. In fact, many of Thailand’s largest corporations have actually grown in the last two years. But for many locals, the impact of the pandemic has led to some pretty significant debts.

Where are we going?

The government released around $46 billion worth of handouts to help provide relief to those hit hardest and while many argue this wasn’t enough it was at least something.

There are significant risks to growth due to possible recurrent waves of COVID and the relatively slow pace at which the country is being vaccinated. There’s also inflation, an increase in policy rates by global central banks, and a major NPL cliff potentially on the horizon.

Still, the banking system’s NPL ratio has remained broadly stable, helping in no small part to the Bank of Thailand’s debt relief programs and regulatory relief packages. Credit risk in the banking system and the NPL ratio of loans to smaller enterprises might warrant closer inspection but the commercial banking sector appears to remain buoyant thanks to some strong buffers from the capital and loan-loss reserves.

In fact, NPLs are actually relatively stable. NPLs at banks stood at 3.14% of lending at the end of September last year when they were at 3.04% before the pandemic. Long-term debt measures have definitely helped here.

It’s never going to be as bad as it was during the 97/98 financial crisis when bad loans accounted for almost 50% of lending. To put that into perspective, the accumulated NPLs of commercial banks were around 3.12% of total loans last year, with most of them coming from small enterprises. However, if banks don’t do everything in their power to help debtors, then NPLs will almost certainly surge.

What must be done?

The economy in Thailand is expected to recover gradually throughout 2022 as the tourism sector begins to open up again in the wake of the Omicron variant and the demand for manufacturing exports increases. There’s a GDP expansion of around 3.4% forecast by the end of the year according to the central bank.

However, household debt-to-GDP continues to rise and the economic scarring from the pandemic has been further exacerbated by Omicron. While the central bank might have forecast an overall expansion, financial stability for households and businesses alike have also remained fragile, reflected by high levels of debt.

The Central Bank is planning to roll out targeted measures to stem the tide of rising NPLs and has admitted that increasing interest rates might be the tool they use in that regard. It’s also ready to intervene in markets if the Thai Baht currency becomes too volatile. For reference, the Thai Baht hit 33.14 against the US Dollar in January, the highest since late November.

The Central Bank is also encouraging banks and all other financial bodies to set up a joint venture to manage bad assets. It’s thought this will provide the flexibility for lenders and asset firms to help borrowers who fall behind while making sure commercial banks have enough reserves to cover increasing defaults. This is an arrangement that could potentially last for up to 15 years.

For lenders, the key to keeping everything stable is going to be ensuring their debtors have all the tools they need to pay their debts as and when they are able. The central bank is certainly doing its part, particularly for the tourism sector, which it hopes to help out via a package of soft loans and asset warehousing. Nonetheless, all lenders need to invest in their collections operations in 2022 if they really want to ensure they don’t fall off the edge of the NPL cliff.

If you want to get your finances in order or are a business looking for a convenient debt collections solution, contact us today for more information