The new age banking practices that have kept Qatar afloat 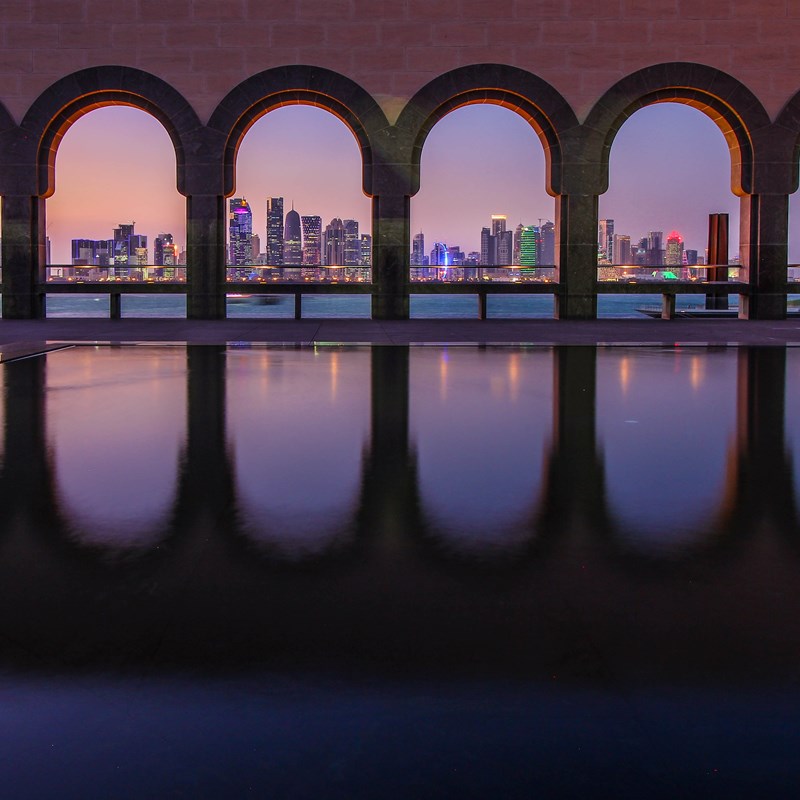 Despite an economic blockade placed upon the state by several governments, the Qatar banking sector has remained resilient over the last few years amidst an evolving regulatory landscape. Indeed, Moody’s and Fitch both upgraded Qatar’s sovereign credit ratings outlook to stable in the summer of 2018, recognizing the successful resolution of the challenges associated with the economic embargo.

Last year, Qatar witnessed its first major bank merger, with Barwa Bank and the International Bank of Qatar (IBQ) merging into a singular entity that’s now worth more than $22 billion. This merger resulted in the third-largest Islamic bank (and the sixth-largest bank overall) in the region and is a move that marked the beginning of a broader shift towards a more consolidated sector.

This is a large part of what has helped the sector grow despite the blockade imposed by Qatar’s regional neighbors. A PwC report examining key trends affecting the sector found that the Qatari banking industry has grown at a remarkable rate over the last couple of years: 2018 was an incredibly positive year for the region’s local listed banks, with 9.5% average growth in net profit and 3.2% growth in assets. In 2019, meanwhile, the total loans and advances of the eight listed commercial banks grew by 19.8% when compared to 2016.

Whilst its mergers are being utilized in Qatar and across the Gulf to shrink operational and funding costs, however, it’s the eagerness of banks in the region to embrace digital banking that has arguably had the greatest impact.

Local retail banks in Qatar are making a concerted effort to see the disruptive technologies reshaping the financial world at large as an opportunity to relish rather than a challenge to overcome. Burak Zatiturk, PwC Qatar Financial Services Leader, said: “Collaboration between traditional banks and fintech must be a priority for the industry and will require stakeholders to develop solid infrastructure, regulations, procedures, and human capital.”

This is a view shared by Poonam Chawla, an Associate Publisher at BusinessLive ME and organizer of the 13th annual New Age Banking Summit (NABS) which took place earlier this month in the capital city of Doha. Representatives from nearly 200 leading banks met at the event to discuss the challenges and the opportunities posed by a constantly changing banking ecosystem and the potential ramifications of fintech, AI, cybersecurity, Islamic banking, and more.

Chawla said: “The banking business is being constantly redefined by technology, changing customer expectations and evolving business models. The speed of change brings in newfound challenges in its wake.” The idea behind NABS Qatar is to train the spotlight on some of these issues and focus on how they can add immense value to the sector.

Delivering the keynote speech at the event, Doha Bank CEO Dr. R Seetharaman addressed the delegates with his thoughts regarding the fourth industrial revolution, how it might affect banking in Qatar and the wider Middle East region and how banks should be preparing. He explained: “Banks need to manage the change by redefining their business models and to manage various stakeholders such as customers, regulators, and shareholders.”

Local retail banks in Qatar are making a concerted effort to see the disruptive technologies reshaping the financial world at large as an opportunity to relish.

He also elaborated on how his bank (which is one of the largest in Qatar) has spearheaded the use of digital transformation in the country in order to improve customer services, particularly in the realm of self-service. The bank has dramatically enhanced the looks and feel of its mobile banking channel with multi-language support and has launched countless new initiatives such as a global markets platform and chatbot services for WhatsApp and Facebook. Perhaps more interestingly, it has also launched an online loans portal that allows customers to apply for personal loans online.

The impact of VAT

Much of the noise surrounding finance Qatar currently revolves around its decision to become the fourth Arab Gulf state to introduce a 5% VAT, following in the footsteps of Saudi Arabia, UAE, and Bahrain. This regime was supposed to be implemented last year but was delayed as the Qatar Ministry of Finance needed more time to evaluate its potential impact.

Under the new regulations, the VAT rate of 5% will apply on all goods and services apart from exports, medicines, and international transport, whilst there are also planned exemptions for financial services and real estate. Imports will also be subject to VAT and there will be a registration threshold of QAR364,000 (just over £76,000).

"All businesses should act now to ensure they have the right tools and processes in place."

How will this affect the country’s banks? That remains to be seen. All businesses will, of course, be affected in some way and should act now to ensure they have the right tools and processes in place to mitigate any potential impacts. Banks are no different in that regard.

Whilst the country’s public debt is falling (and is set to continue falling gradually until 2023, when it’s expected to hit around 45.9%), there is a major personal debt problem across Qatar.

It's suggested that Qataris borrow due to social pressure. According to Laurent Lambert of Qatar University’s Social and Economic Survey Research Institute, many are trying to finance lifestyles they simply can’t afford, which led to a situation in 2016 where 75% of Qatari families were in debt, with most owing more than the equivalent of $68,000.

To solve the debt problem, many have suggested advocating upper limits on spending with penalties doled out to those who violate the terms. Others, meanwhile feel stricter regulation of the banks is required.

Qatar remains the second most financially competitive country in the region. This kind of resilience, not to mention its proven interest in ‘new age’ digital banking practices earmark its retail banking sector as one with serious potential.