Digital adoption and debt: the retail banking market in Malaysia 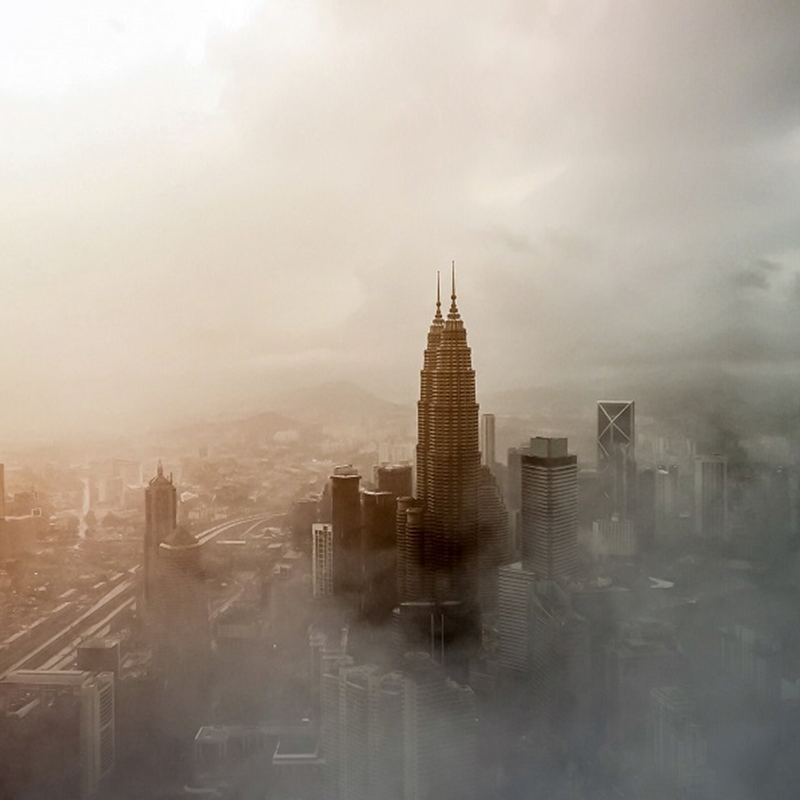 As with most other forward-thinking Southeast Asian countries, Malaysians have spent the last few years rapidly adopting the digital lifestyle. This sea change in consumer behavior and expectation has necessitated an advancement in the digital transformation of local banks in order to remain competitive and relevant to a much more aware and demanding consumer.

This is all in the face of a landscape in which capital costs have risen and banks continue to build cushions against rising corporate and household debt.

What does retail banking in Malaysia look like now?

Whilst it represents one of the largest banking markets in the developing world, Malaysian customers are still rather slow in adapting to online banking. Given that 66% of local banks are set to reach digital maturity by 2020, it’s up to the banks themselves to make digital seem like the only way forward for their customers.

In an effort to make digital more approachable, RHB Bank introduced the concept of “e-Know your customer” (KYC). Although progress was initially slow, the bank is seeing decent results, with the move capitalizing on the tech-savviness of Malaysia's millennial demographic, around 78% of which are active social media users.

CIMB Bank, meanwhile, was named not only as the best digital bank in Malaysia in 2018 but also as the best retail bank in general for the third consecutive year at the Asian Banker’s International Excellence in Retail Financial Services 2019 Awards. This is thanks in no small part to its progressive “Forward23” plan, which aims to deepen customer-centricity through the use of smart data analytics and artificial intelligence.

There are several digital banking trends currently taking shape throughout Malaysia. Chatbot functionality, for example, is an AI implementation that has been gaining a lot of traction - though, in other more profound areas (such as customer analysis), AI investment is still low.

Islamic banking is another trend that has been building in Malaysia for some time, with the country now a global leader in the sector. Indeed, Malaysia was the first country to issue Islamic bonds (“Sukuk”) back in 1990, and in 1994, the Islamic Interbank Money Market was launched 1994 by the government, the first of its kind in the world. More recently, 2017 marked the introduction of the strategic intermediation concept (Value-Based Intermediation or VBI), which urged Malaysian Islamic financial institutions to “explore new strategies to maintain growth and sustainability.”

The regulatory environment in Malaysia meanwhile, appears to have settled since the Financial Services Act of 2013, though regulators continue to set high expectations. These expectations are aimed at maintaining a resilient financial sector and ensuring that banks have robust financial and operational resilience, supported by strong risk management and compliance capabilities.

For Malaysian banks, the key to ongoing legitimacy appears to be finding a balance between digital and physical offerings. During the 2019 Asian Banking and Finance Forum in Kuala Lumpur earlier this year, executives gathered to discuss the digital transformation of the sector and strategies for remaining afloat amidst such disruption.

The key to allowing local banks to navigate this disruption without collapsing under the sheer weight of it is to find a simpler and more direct way to get customers to ‘turn’ to digital. Mohd Suhaimi Bin Abdul Hamid, the CEO of Standard Chartered Saadiq, emphasized that if customers find their digital banking solutions easy to use, then they can also influence others to use them.

Of course, digital transformation also brings with it the threat of cybercrime, the deterrence of which is a major priority for many local banks. Indeed, a study by Frost & Sullivan found that the potential economic loss in Malaysia due to cybersecurity incidents can reach up to 4% of Malaysia’s GDP. This means that training and up-skilling their employees should be a major priority for Malaysian banks.

The beauty of collaboration

The concept of collaborating with fintech is something else that the country’s banks are warming up to. Most banks are working to find ways to actively engage with the fintech community, which is vital given that this is where most of the innovation is happening and where most of the fresh ideas are being formed. TM ONE, for example, recently announced that it was looking to partner with fintech companies in 10 core areas of their business that included automation, social media engagement, digital customer services, and data-driven investment solutions.

CIMB Bank, RHB Bank, and even Maybank (the largest bank in the country) have also unveiled their own fintech partnerships in recent years. Micheal Foong, Group Chief Strategy Officer at Maybank, said: “Our fintech program is a unique platform for aspiring innovators to showcase their ideas. We want to be a central member of the fintech community in the region, to help grow and support entrepreneurs, by providing them with an avenue to connect directly with the financial industry.”

By partnering with the existing ecosystem of a legacy bank, fintech has a better chance at reaching more end-users and the banks are given exclusive access to these modern solutions. It’s a win-win situation that is bound to become more prevalent as banks like TM ONE start to profit from these partnerships.

Malaysia’s total household debt to GDP ratio has been gradually easing for almost half a decade now, sitting at 83% at the end of 2018, compared to 83.8% at the end of 2017. Granted, it’s a gradual drop, but it still represents a consistent improvement. The growth of household debt also slowed to 4.7% last year, driven by slower growth in the loans extended by non-banks.

According to Bank Negara Malaysia (BNM)’s 2018 Financial Stability and Payment Systems Report, residential property loans are the primary contributor to debt in the country, though lending has been curtailed by reduced housing affordability.

That being said, income and employment continue to rise and households continue to maintain comfortable levels of financial and liquid financial assets. Two-thirds of household assets are liquid assets - primarily in the form of deposits and unit trust funds. This provides debtors with access to enough funds to meet their debt obligations and be able to adjust to unexpected financial shifts in their circumstances.

As ever, it’s those on low incomes (of less than RM3,000 per month) that remain the most vulnerable and the most likely to fall into egregious debt. With a liquid financial asset cover of less than 0.6 times the outstanding debt, borrowers in this group face substantially higher risks of defaulting on their loans in the event of an income shock. Various government initiatives have been instigated to help alleviate this problem (higher minimum wage, a price ceiling on retail fuel prices, and cash grants) but the country’s household debt still stands at a shocking RM1.18 trillion, with residential housing loans accounting for 53.2% of that debt.

There is also a greater culture of shame within Southeast Asia in general that also permeates much of Malaysia. This has not been helped by a history of overly aggressive creditors, no doubt spurned on in their insistence by the 6-year limitation on debt that has existed in the country since 1953. Still, under the Fair Debt Collection Practices guidelines issued by Bank Negara Malaysia, debt collecting agents must not use improper methods or any form of harassment when contacting you.

So how should local collections teams be responding to the current debt situation? Shifting customer expectations in Malaysia must affect not only how banks serve their customers, but how they equip their employees. This is particularly true of debt collections, where antiquated collections practices are still seen as severe.

Allowing debts to be managed and cleared digitally not only returns some agency to customers but makes it feel less personal and more practical, which can be quite liberating when it comes to personal debts.

For a country that not only suffered a recent major political scandal but is in so much national debt that it started a crowdfunding campaign, Malaysia is actually a country with a rather bright financial future. It was the first country in the world to use biometric ID cards in 2001, and in the 18 years since it has developed into a country that is constantly strengthening its position on the world stage from a tech perspective.

Now it’s time that banks turned a little of that forward-thinking know-how towards the debt collections sector and turn debt collections from a stressful and intimidating obligation into a customer-centric ‘service’.

For debt collection support in a complicated market, Malaysian banks can turn to the EXUS Financial Suite.