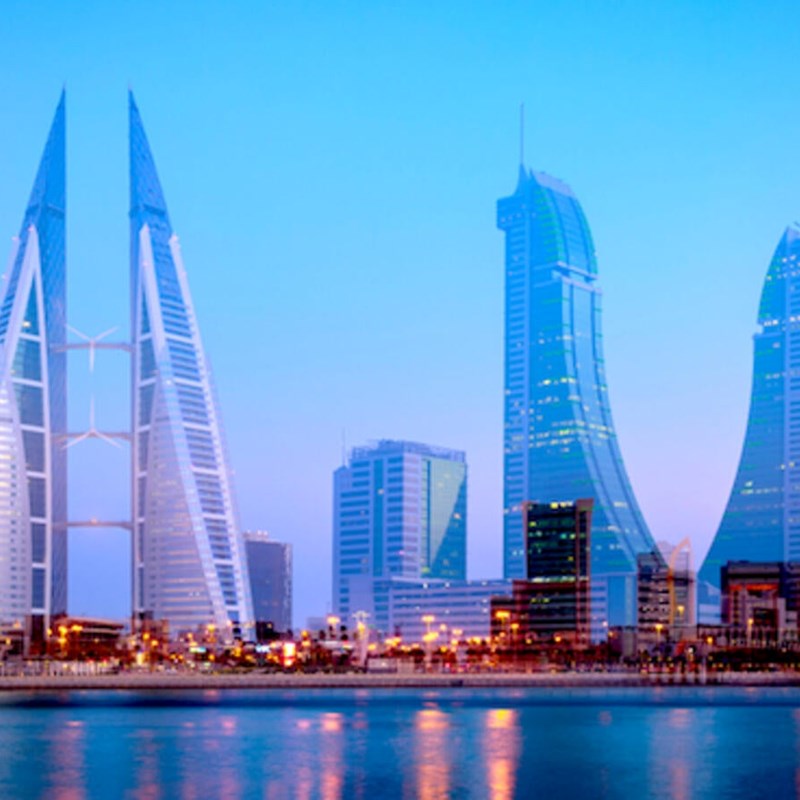 Fintech upstarts have swept the financial world like a hurricane in the last decade, uprooting the antiquated operating processes and infrastructures of many legacy institutions in the process. Whilst the majority of the fintech headlines have been focused on the western world, however, it’s also become something of an obsession throughout the Middle East, particularly in the region’s key financial centers.

It’s a sector that is set to raise more than $2 billion in venture capital by 2022 with a compounded annual growth rate of 30% but if it’s going to be able to sustain this level of growth then a solid blueprint needs to be found for the region.

Digital transformation is rife in the region, but without the right foundations, it’s likely to fall apart before a successful ecosystem can be developed. Regional financial institutions and startups alike could look towards the Arabian Gulf for inspiration.

Bahrain - a regional fintech hub for the Arab world

The building blocks required in any successful fintech ecosystem include a transparent regulatory framework, decent access to talent and capital development, market accessibility, and the potential for venture funding. These are all possible in Bahrain, thanks in no small part to the Bahrain Fintech Bay business hub, which was built three years ago to unify the kingdom’s Economic Development Board and the central bank. It was the start of a thriving fintech ecosystem that is bearing more fruit year on year. Indeed, the kingdom currently hosts about 400 domestic, regional and international financial institutions, and that number is ever-growing.

The first building block to be put in place by the central bank was a regulatory sandbox, which allowed firms to test new ideas in a controlled virtual space. This marked it as only the second state in the Gulf to implement such a framework and actively encouraged the development of the sector in a safe and pragmatic way by both startups and established institutions. In the years since instigating the sandbox, the central bank has also outlined rules governing everything from crowdfunding and Sharia-compliant services to AI advice. It has also created a bespoke fintech and Innovation unit, which is responsible for the approval of those firms participating in the sandbox.

Throughout the Middle East, insolvency is not only seen as a great source of shame but is often associated with the fear of legal consequences. Bahrain, however, has enacted laws designed to allow innovation without consequence alongside rigid data protection policies and a drive to encourage the adoption of cloud-based services due to their lower costs and power. Indeed, between 2017 and 2019, the kingdom was able to successfully migrate 40 government systems and over 650 workloads to the national cloud. Amazon is even getting on board, with the company building three vast AWS data centers in the region last year.

Bahrain Fintech Bay is a natural evolution for the kingdom, which has been a successful banking center for decades. The Bay was built with the knowledge that technology is fundamentally shifting the financial landscape and acts as a massive incubator for the fintech sector. It was formed in association with over 30 corporate partners that included governmental bodies, banks, telecom providers, and more, and was internationally recognized as MENA Fintech Hub of the Year in 2018. Not only that, but the Bay is also part of a global network known as the Fintech Consortium, which also includes Singapore and Silicon Valley. The very fact that it is sharing ideas and market access with such bedfellows should be more than enough evidence that the Bay is a force to be reckoned with.

Last year, the Bay established a National Fintech Talent Program in partnership with professional development agency Tamkeen. The program is open to any Bahraini graduates looking to gain knowledge and experience within the sector. It includes a career fair, internships, and specialized training sessions, and is certified by US academic institutions like Berkley and Georgetown, which also holds its own session as part of the program. The Bahrain Development Bank, which supports small and medium businesses in the kingdom, has also created a $100m ‘Al Waha Fund of Funds’ that allows VC fund managers to apply for capital that must be invested in the region. It’s hoping for full deployment of those funds by 2022, so when it comes to the future of fintech in the region, it appears we’ve only seen the tip of the iceberg so far.

Bahrain Fintech Bay is a natural evolution for the kingdom, which has been a successful banking center for decades.

So, with Bahrain’s various fintech successes, what is holding the rest of the region back? Above all else, it’s the rudimentary technology that still underpins much of the region’s infrastructure, much of which is somewhat behind. For these countries and the retail banks operating within them, digital transformation should be of paramount importance.

If further digital transformation can be achieved, then there is great potential in the region. It remains the region with one of the largest unbanked populations in the world, with 67% of people in Egypt still relying on cash and around 70% of the population of the overall region still unbanked. The wonderful thing about technology, and fintech, in particular, is how it can bring banking to a wider community with very little disruption. As such, it could play a major role in reducing the number of unbanked citizens.

Other major barriers to consider are the distinct lack of banking regulation, entrepreneurship training, and VC funding in many Middle Eastern provinces. Many banks in the region also face tougher compliance and a spate of tough sanctions. What Bahrain has proven, however, is that in order for digital adoption to really take hold, it needs to be a considered effort on the part of not just the banking sector but the economy as a whole. Only if fintech is made a part of the national agenda can it stand any hope of competing with Bahrain and the western world.

In the Middle East, there are currently around 230 fintech startups. This might sound like a lot, but not only are the majority of these startups located in Bahrain (over 100 of them, in fact) but when you consider the population is close to 400 million, it’s still very small fries.

Bahrain, however, (with its relatively tiny population of 1.5 million) provides solid proof that the region can bear financial fruit if the right pressure is applied in the right places. It’s up to the rest of the region to ensure they can emulate the comprehensive model built in the sovereign state to stimulate local and regional growth.

Progress has been achieved in recent years but it has also been patchy at best. In order for the Middle East to join the rest of the banking world, digital innovation and transformation need to occur at every level of the economy. Otherwise, the population at large will remain unbanked and the tremendous financial potential of the region will be all but lost.